HR evolution. Experts about the future development of HR. 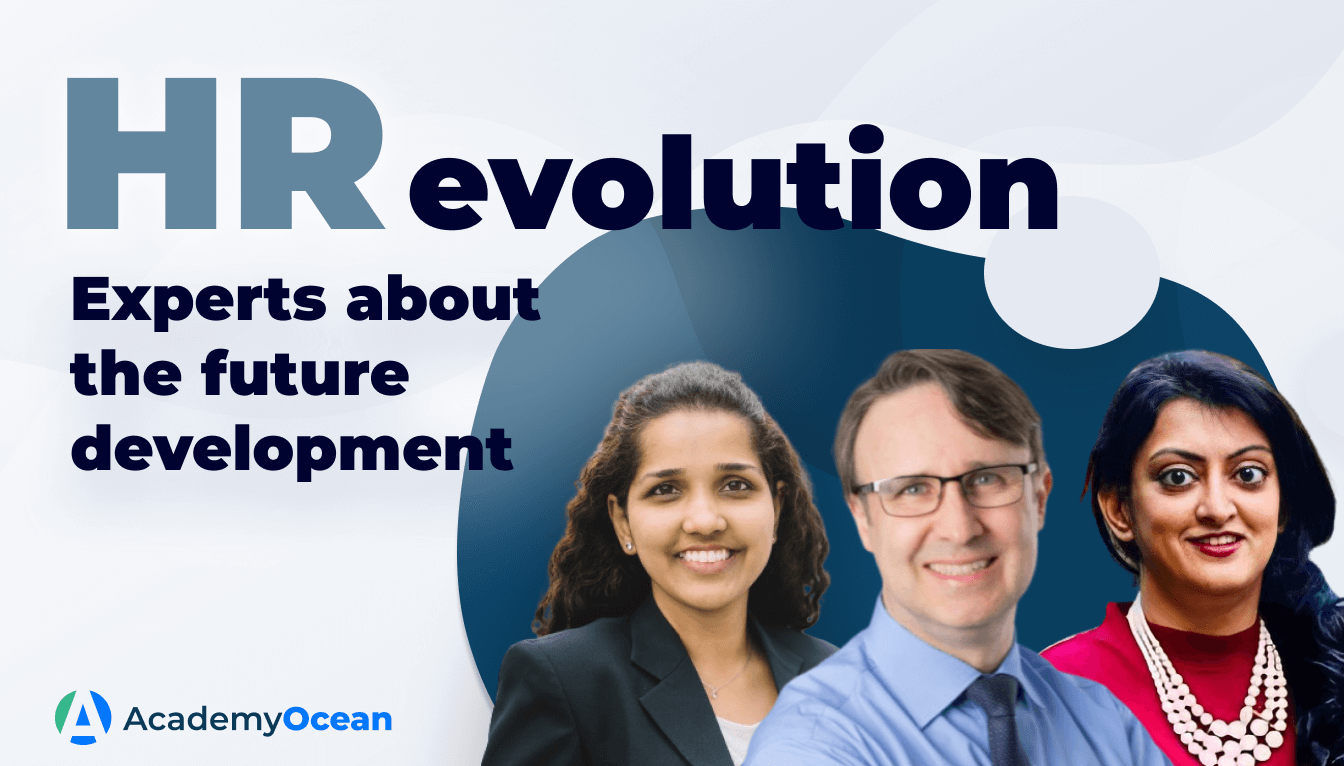 Humans are more complicated than an atom, and the laws of society's development are incomparably more complex than the laws of crystal growth.

But how does this relate to Human Resources? The fact is that among all company's structural divisions, the HR department most often works not with numbers but with people.

In the HR department, process automation was the last to start, as the department is focused on people. It isn't easy to formalize such activities.

In Human Resources, decisions are often made subjectively rather than numerically. Is it possible to entrust the selection and evaluation process to a machine, relying on quantitative rather than qualitative characteristics?

30 years ago, it seemed impossible. Since then, technologies in the HR field have come a long way in the development, and now everything is completely different.

We decided to take a brief look at the history of the HR sphere development from the very beginning of its inception. In conclusion, we asked HR experts from different countries and companies how the HR sphere would change in 5 years. Read to the end to see some overwhelming answers.

The first official documents related to wage labor appeared in the 19th century.

In 1833-1847 in Europe, several laws have emerged, which mainly concerned restrictions on the use of female and child labor, working hours, etc.

The 19th century in Europe was the Industrial Revolution period when mechanical work replaced the skilled work of the artisan and manual labor. Events forced plant managers to hire specialists whose main task was to build relationships with workers.

At the beginning of the 20th century, social insurance systems, unemployment compensation, restrictions related to the length of the working day, working conditions, etc. appeared. Naturally, this entailed the creation of special state bodies to control and protect the interests of workers.

Accordingly, a new profession of an expert in labor law and relations with government bodies has emerged in companies. This is how the first personnel (HR) departments appeared.

The personnel department's functions were gradually expanded, adding tasks related to the changing conditions of the labor market.

For example, during the Second World War at the USA and European enterprises, personnel shortages were acute. HR departments were faced with the daunting task of finding and training hundreds of thousands of new employees.

The profession of a specialist in the organization of industrial training arose.

The teaching profession is the oldest in the world. This profession emerged during the period when humans began to hunt animals. Since then, nothing new has been invented in this area: an experienced master shares his skills and teaches the young newcomers.

Nowadays, training and coaching are carried out using LMS like AcademyOcean. LMS helps make the learning process easy and automated. Many companies use such systems to save time for HR managers and to better assess the skills of employees.

The profession of a recruiter appeared when the first employee was needed. In ancient Egypt, for example, the pharaoh sent his specialists to select warriors from the tribes.

In ancient China, people were chosen to serve the emperor by special servants among ordinary people. The candidates took a variety of tests, several exams and challenges.

Interestingly, many recruiting tools were used long before the formation of HR as a profession.

For example, back in the 55th century, BC Julius Caesar introduced the “bring a friend” program, which is still evidenced in the British Museum. He issued a decree that every soldier who brings a soldier into the Roman army receives a bonus of 300 sesterces.

An HR manager's profession in its modern sense was formed in the second half of the 20th century.

In 1950-1960 the concept of "human relations" was actively spread, which consisted of the key idea that labor productivity depends not so much on production management methods as on company managers' attitude to employees.

In 1960-1970, many business schools incorporated human resource management disciplines into their programs.

Now let's take a little look into the future. We asked several HR experts on how the HR sphere would change in 5 years.

Nilima Gandhi, an HR Manager for Synfioo GmBH, says, “In my opinion, technology was anyways the number one game-changer for the HR industry but after the pandemic, it will further accelerate.

We are partly introduced to the “Digital culture” so far, however, we will need to embrace this change rather sooner. We will have better apps and platforms to work on. Robotization and automation are inevitable. Also, the technology will help us find solutions for every HR function using deep learning and big data.”

Because of covid, there have been a lot of changes in the working style of many companies.

Everybody has adjusted to the new norm of ‘‘Work from home’’ without it affecting the goals. Many employees are comfortable with this freedom as it helps in achieving work-life balance more easily. Even companies are accepting it as normal as their goals are being achieved virtually.

I think I will not be surprised if, in the future, most of the jobs will turn remote, which can change the lifestyle of human resources and the pattern of how companies work.”

Robert Knemeyer, the founder of KPI-HR, thinks that the HR department finally does less administrative work, “In the next five years, the main focus will be on no longer using paper as a medium for personnel issues, but on trying to convert all paper processes to digital solutions accordingly.

So that the HR department finally does less administrative work and instead concentrates on advancing the HR strategy that should exist in every company. To develop these further with concepts and to advise employees, managers and other relevant stakeholders in the company and to look after them responsibly.”

The history of each profession is unique and incomparable. The future of HR specialist is very unpredictable. But we hope and believe that this profession will prosper and improve every year. In 5 years, we will return to this article and see if our HR experts' assumptions have come true.

For the time being, we continue to improve AcademyOcean LMS 2.0 – the future of employee onboarding and training.

Interview #11 Pooja Motiramani: “I worked as a Fashion Designer, but then I got an opportunity as an HR and I really enjoy it!”

Where does the path of HR manager from Washington begin? What difficulties did she face on her way and how did she solve them? Why does she think empathy is the key to success in any company? The answers – in our new interview!

How HR deals with COVID-19? Real cases from HR professionals from the USA and Europe

Read to find out how companies coped with the crisis during its peak and how the HR industry really changed after the coronavirus spread!

Interview #10 Rachel McCarthy: “My idea of a perfect workday would be a messy excel file that I have to clean, analyze and create a report on:)”